nEmoGruppo was born in 2004 in Florence as a collective on the themes of architecture, landscape and interaction design.
Firm since 2008. It is currently composed of five associated architects.
Winner of several national and international competitions in architecture and landscape design including the Festival du Jardin de Chaumont sur Loire , Bilbao and Lausanne jardin jardin, nEmoGruppo always pursues a line inspired by utopian visions and interactive .
As private works may be mentioned: Dalian Tianbao Green Foods Headquarters in Dalian, China , House Mueller , the manufactory Leg (Selection GiArch 2010 Mention Inarch Brands 2011 national selection Inarch 2011).
As public works may be mentioned: the exhibition Universe Rietveld at MAXXI (inserted in the annals Design Index 2011).
Their work has been exhibited at the Italian Pavilion at the Expo Shanghai 2011 (2737 International Festival of Young Italian Architects 2010).
They have participated in the Biennale of Architecture in Venice in 2008 along with the study DillerScofidio + Renfro ( NYC ).
Their work has been published in journals of national and international architecture and has been presented in various lectures held at universities. 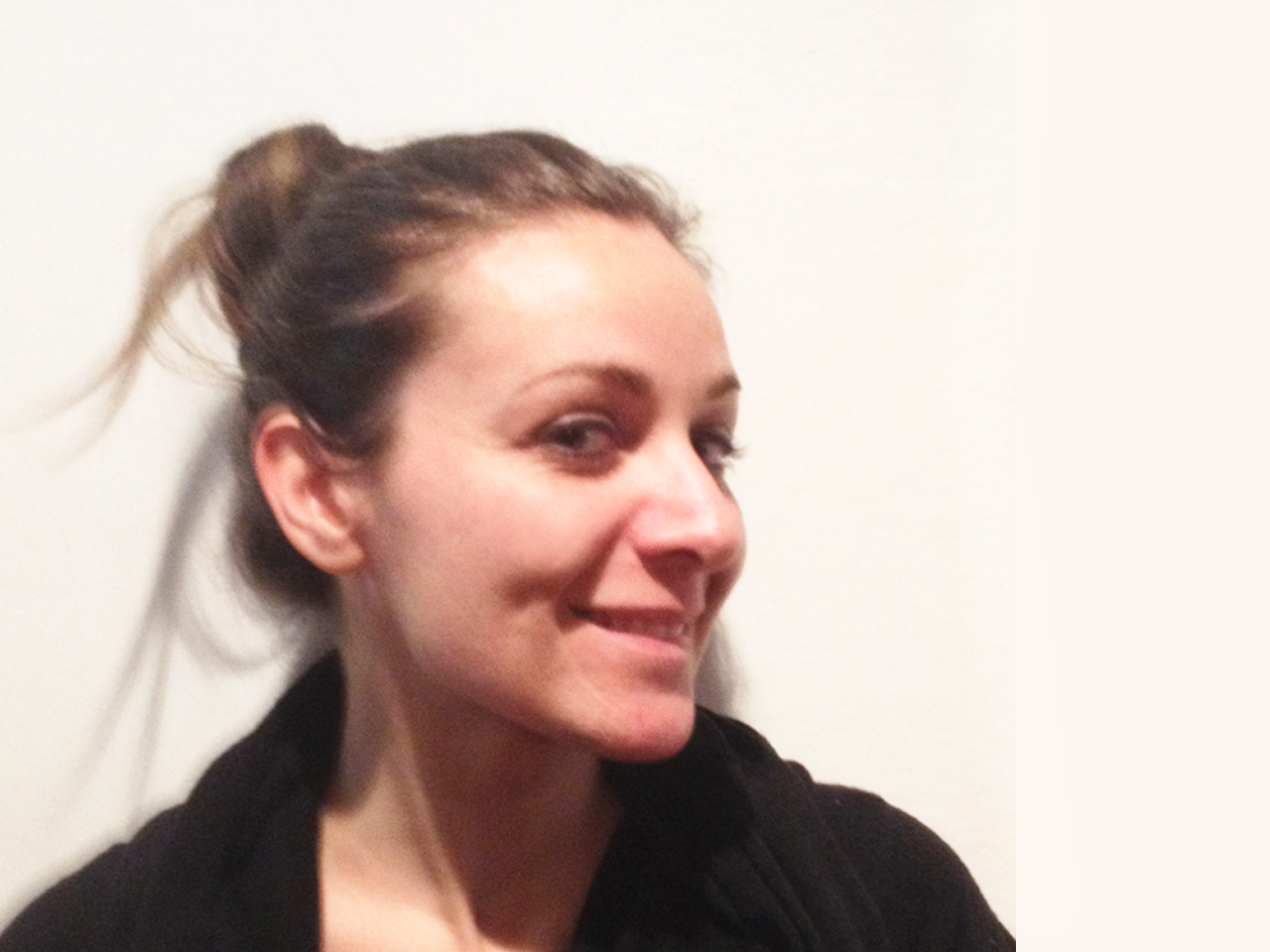 Alessandra studied architecture in Florence (Italy) where she graduated in 2003. One year after, she received her master’s degree in product design from the School of Industrial Technologies in Florence. After graduation, she worked for Italian architectural firm Archea Associati and for renowned Italian lighting company “F.lli Martini Illuminazione” as product and lighting designer. she joined nEmoGruppo architetti. As a partner of nEmoGruppo, she found herself involved in many projects and competitions in Italy and abroad; in particular, as Chief Architect, she was responsible for the project of Via Roma in Bastia Umbra (1st prize), interior design of the showroom of the company “Manifatture F.lli Gamba”,  “UNIVERSO RIETVELD” at MAXXI museum in Rome. In 2006 she founded missBABA that was selected to partecipate at the Salone Satellite, at the Milan Design Week. In 2010 she also qualified as specialized architect in energy certification of buildings. Following the partnership between nEmoGruppo and Marcon Architetti (M+N Architecture), Alessandra has been appointed Head of Interior Design. 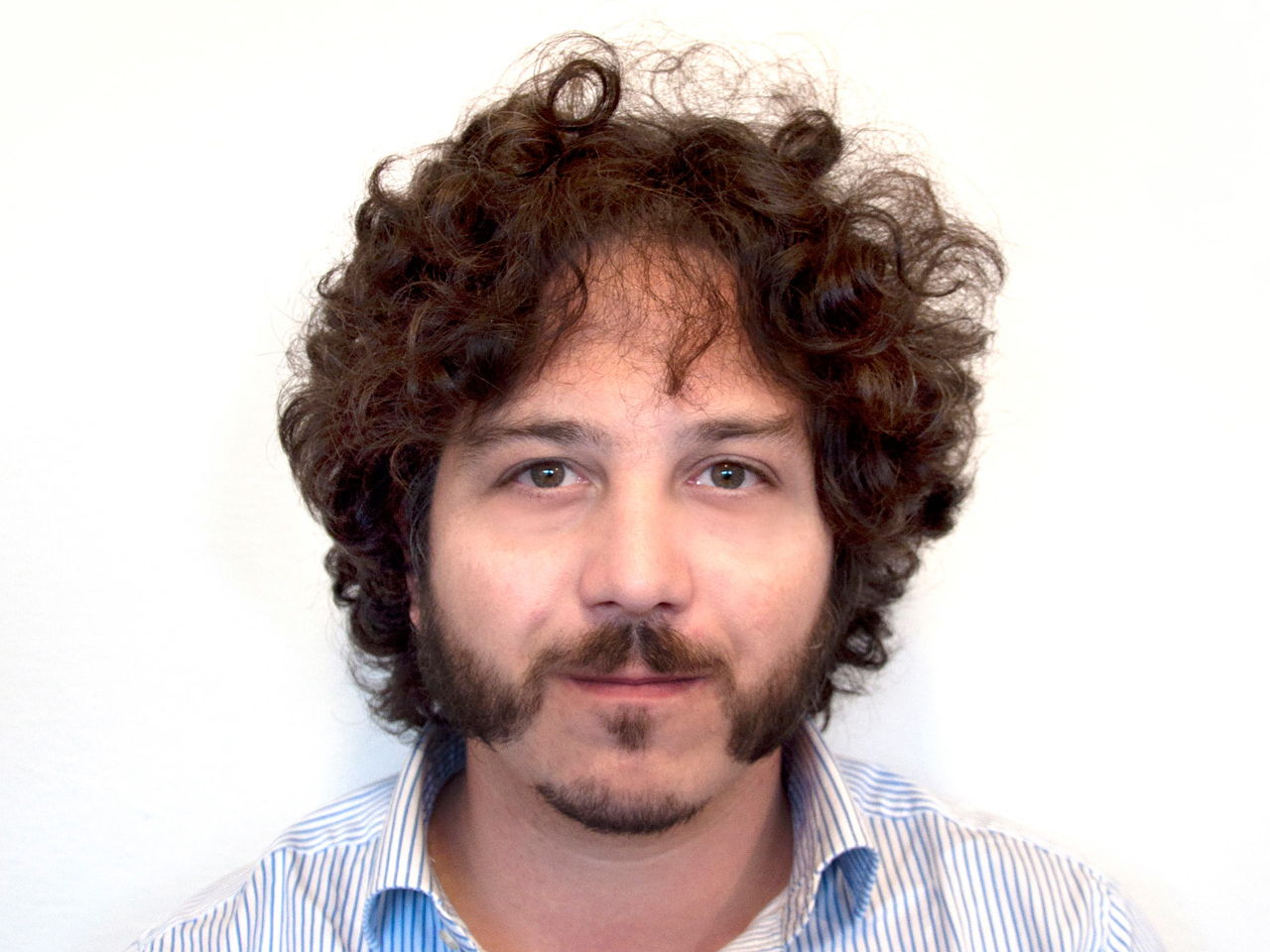 Giacomo graduated in architecture in Florence (Italy) and immediately after registered as a chartered architect in the Italian Order of Architects (O.A.P.P.C.). He was among the founders of nEmoGruppo Architetti in 2004. Giacomo has always shown a strong interest and a peculiar talent in any form of visual representation, classical and digital; during his studies and through his professional experience he has developed this natural sensitivity for art and beauty into a unique approach to architecture and graphic design. He continues to collaborate with the University of Florence, where he lectures on the subject of interaction between computer graphics and architecture and tutors students of the “Computer Aided Design” course. Giacomo also boasts a solid botanical knowledge and has widely been involved in a series of projects in the field of garden and landscape design (Chaumont-sur-Loire, Bilbao, Lausanne). Giacomo’s talent is today fully invested in M+N Architecture, where he is Head of the Graphic Design, overlooking all digital matters including digital technology upgrade. 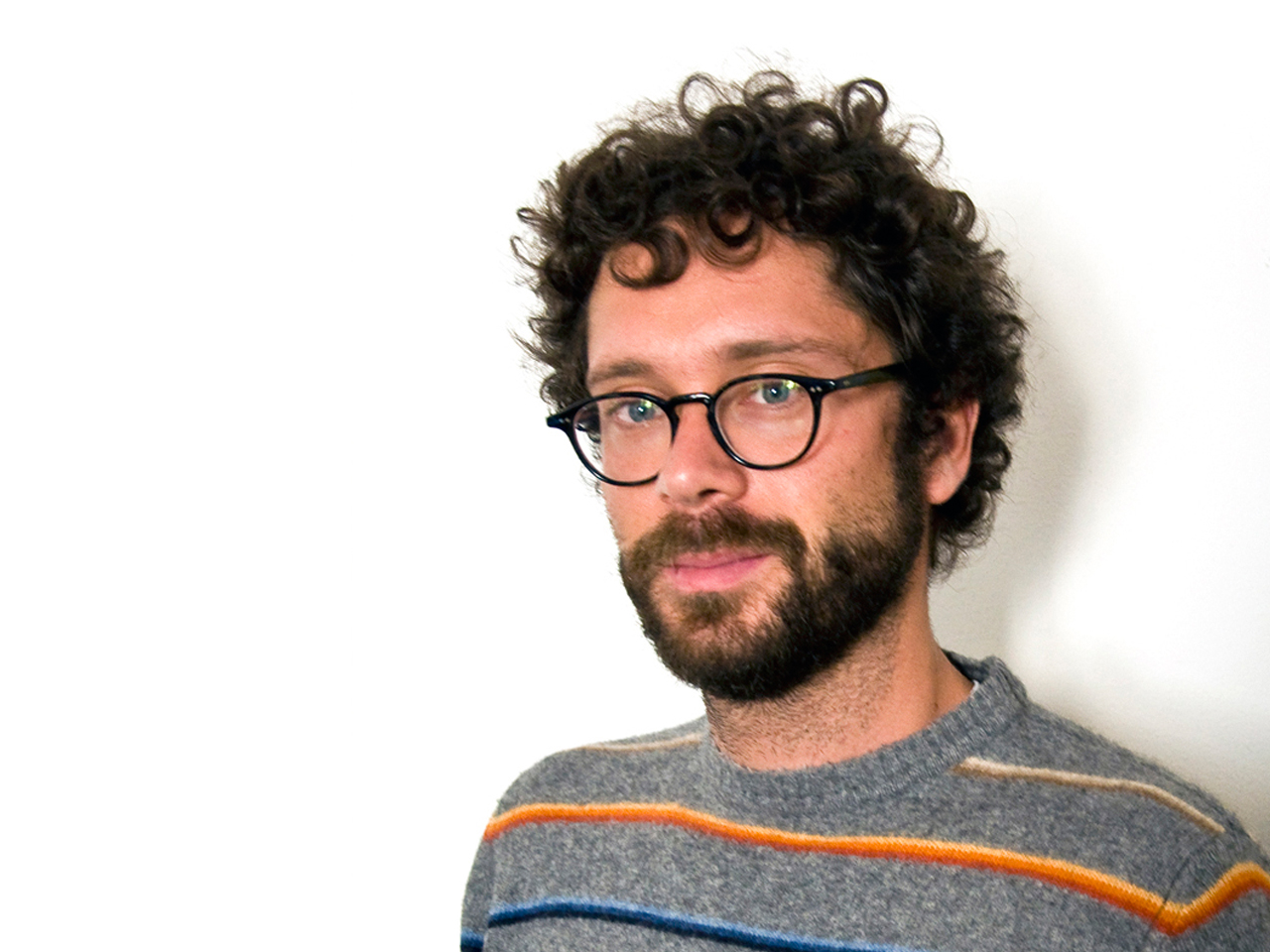 Luca graduated cum laude in architecture in 2003 at the University of Florence (Italy). Immediately after graduation, he worked for Italian architectural firm Marcon Architetti and in 2004 became a chartered architect (O.A.P.P.C.). In the same year he was among the founder of nEmoGruppo Architetti, a young, dynamic and successful architectural firm. From his first steps as a young collaborator of Marcon Architetti and through his experience as a partner of nEmoGruppo, Luca was involved in many projects and competitions of different kind and scale; he is specialized in the development of the design from the conceptual phase to construction, he was responsible for the project of Possagno, renovation of Piazza Garibaldi in Narni and Piazza Amendola e Montanelli in Fucecchio, to cite a few. In 2006 he also became a “construction safety expert”, obtaining the specialization in construction safety planning and supervision as per Italian national law “D.Lgs n. 626/94” and subsequent modifications. In M+N Architecture Luca is Chief Architect of the design development team. 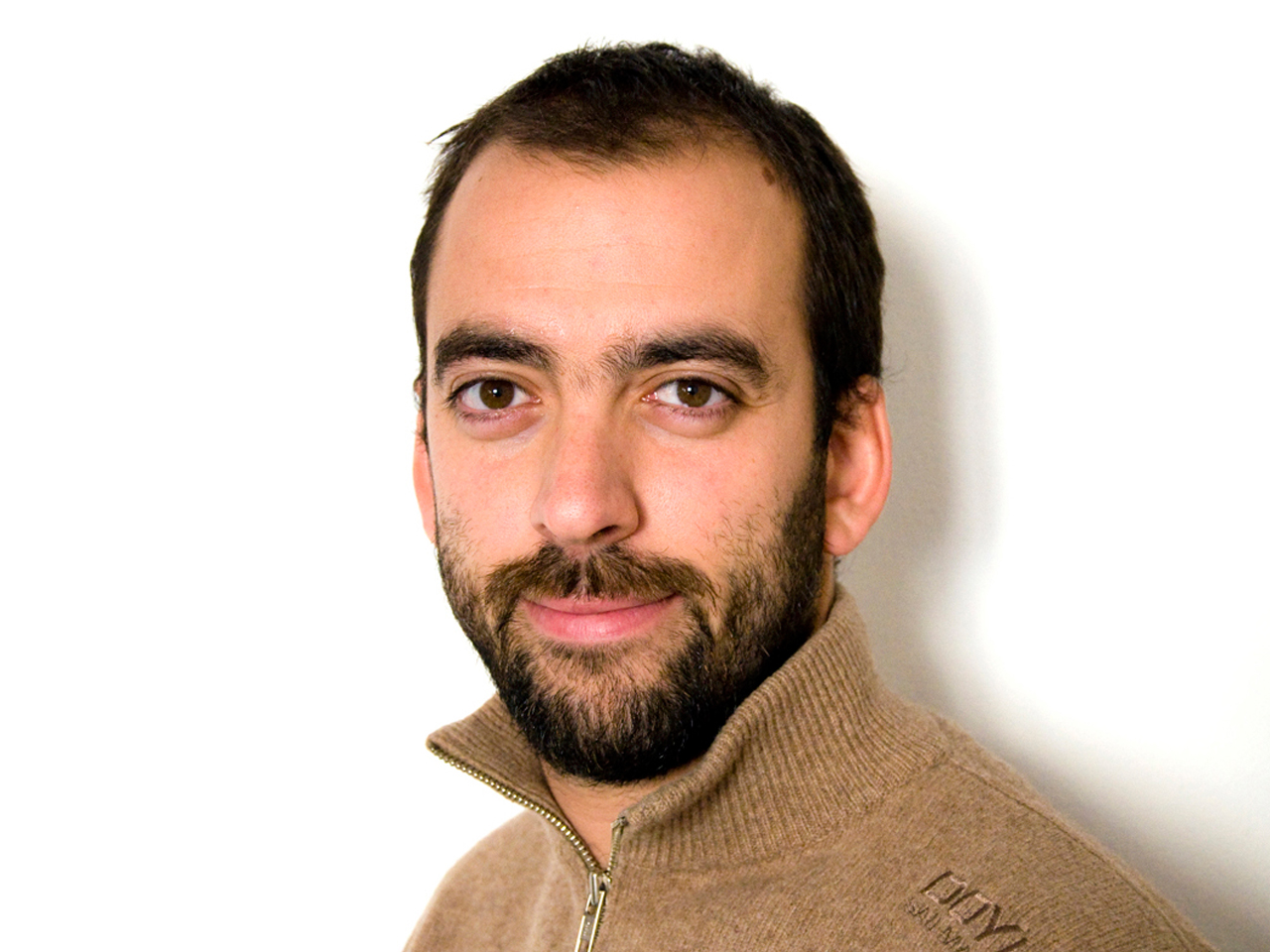 Davide studied architecture in Florence (Italy) where he graduated cum laude in 2002. During his studies he spent a year at Ecole Nationale Superieure d’Architecture de Paris La Villette (France); in this period he also worked for French architectural firm BUFFI ASSOCIES. Back in Italy, in 2002 Davide starded a collaboration with Italian architectural firm Archea Associati and registered as a chartered architect in the Italian Order of Architects (O.A.P.P.C.). Davide started working as a freelance architect in 2004 and in the same year founded nEmoGruppo Architetti, with other 8 young designers. As a partner of nEmoGruppo, he was involved in various projects and competitions in Italy and abroad; in particular, as chief architect, he overlooked the project for new offices and showroom of the company “Manifatture F.lli Gamba”, the privately run mixed-use development in Acqualagna and the renovation of a classy residential unit in Pesaro, to cite a few. He also was responsible of the design of many of the successful installations that nEmoGruppo developed in Italy and Europe, for big corporate events and conventions. Today Davide is Chief Architect in the design department of M+N Architecture. 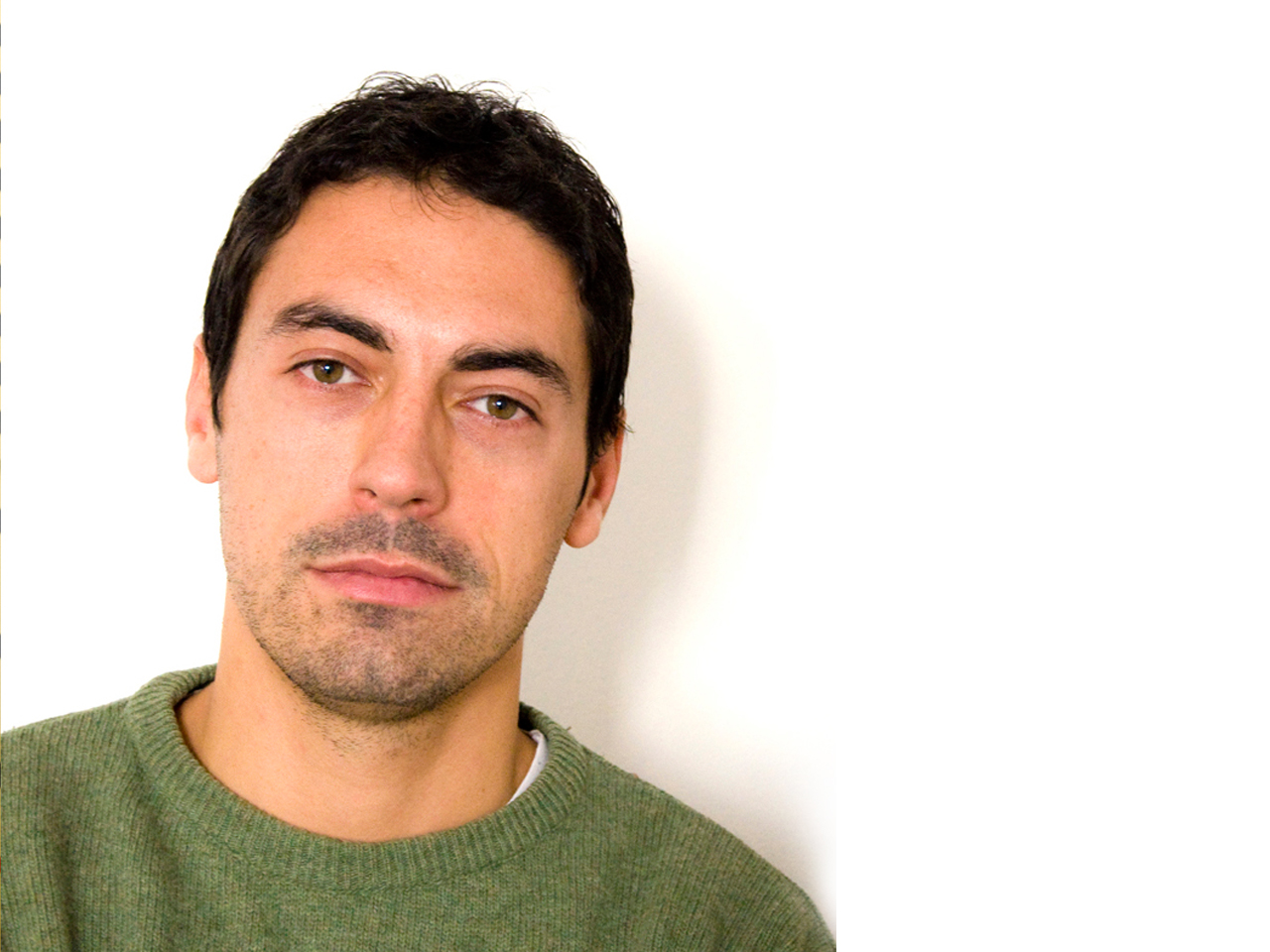 Lorenzo studied architecture in Florence (Italy) where he graduated cum laude, receiving the “best student of the year” award, for the academic year 2001/2002. His studies included a year spent at University of Central England in Birmingham (UK) and a term at New York University in New York City (USA). Immediately after graduation, Lorenzo worked for Italian architectural firm Archea Associati and registered as a chartered architect in the Italian Order of Architects (O.A.P.P.C.). In 2004 he began post-graduate study, obtaining his PhD in Architecture Technology in 2007, with a final thesis on innovative use of tensegrity structures. Lorenzo started working as a freelance architect in 2003, overseeing the first privately run refurbishment programme in the city centre of Cesena (Italy) and, with other young Italian architects, founded nEmoGruppo Architetti in 2004. As a partner of nEmoGruppo, he was involved in several projects and competitions in Italy and abroad, spanning from urban design and landscape design to architecture and set design. He continued to alternate his architectural work with collaborations at the University of Florence, where he tutored students of the Architecture Technology course and co-tutored several students in their final thesis. After the partnership between nEmoGruppo and Marcon Architetti that gave birth to M+N Architecture, Lorenzo was appointed Managing Director of the new company and is currently in Abu Dhabi managing its Middle East branch office.

Marco Barazzuoli was born in Siena in 1986. In 2010 he finishes his BA in Industrial Design at Florence University and in 2011 he participates in the Master in Exhibit and Public Design hosted by Rome University “La Sapienza”. He has taken part in many competitions and he has been among the winners in the Sun.Lab 2010. He also reached the 3rd place in the Microgardening competition of 2012. From 2013 collaborates with nEmoGruppo Architects, and he is mainly dedicated to projects of interior design, furniture and exhibition settings.